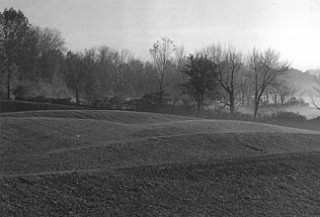 The square as we know it now is mainly a park. This is why we opted for a concept that incorporates the new building in the current function of the area. The aim is to ensure that the park newly shaped as a significantly undulating landscape plays the major role in this relationship. The area of the park is structured by a network of circles extending through a range of surfaces and materials, which allows the circles to fulfil all functions of the park. The aim was to create an artificial landscape with a modern character as an organised display determining the exact location for various functions. The façade of the house is designed as a fully glazed shell with an external layer or perforated sheet metal screening. 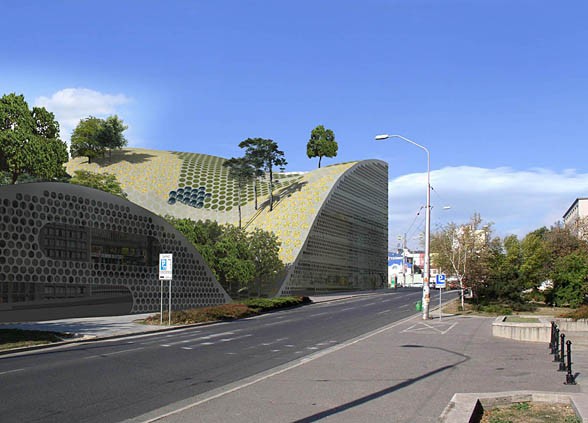